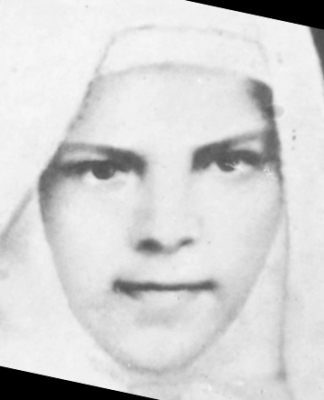 Posted at 09:58h in news by Notting Hill Carmel

Today we celebrate with our Carmelite Brothers and Sisters around the world as our Holy Father Pope Francis raises to the rank of ‘Saint’ Blessed Mary of Jesus Crucified.
Mariam Baouardy was born on 5 January 1846 in Ibillin, a small village of Galilee, between Nazareth and Haifa, in a Greek-Melkite Catholic family. But Mariam was not three years old when her father died, entrusting her to the care of St Joseph, then her mother a few days later. An aunt adopted Boulos and a rich uncle Mariam.

Mariam joined the Carmel of Pau in June 1867 and here she always found the love and understanding to sustain her in her sufferings. As a novice, she received the name of Sister Mary of Jesus Crucified. Her simplicity and generosity won the heart of her sisters. The gift of prophecy, the attacks of the Devil or ecstasies… among all the many divine graces that she received there is, very deeply, the knowledge of her nothingness in front of God: when she called herself “the little nothing” it was really a profound expression of her being.
She died on August 26, 1878. She was 32 years old.
May she intercede for lasting peace in the Holy Land.