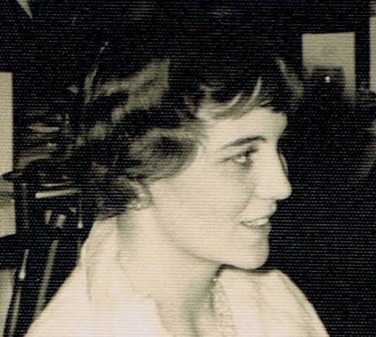 Posted at 18:18h in news by Notting Hill Carmel

Sr Patricia Mary of Jesus (Kenny) was born in Manchester on October 7th 1941, the second of four girls, the younger two being twins. The strong faith of her Irish Catholic parents was a great influence upon her. She was a fun-loving, energetic child, fond of swimming, cycling and horse riding, and in her teenage years, dancing. The four girls were educated by the Daughters of the Cross and it was when her parents came to collect her from her boarding school in Northern Ireland, at the end of her last term, that she told them of her desire to enter Carmel. Although not opposing her decision, her father insisted that she wait a year. She did a secretarial course and was still only eighteen when she entered her local Carmel in Salford. She took St Therese of Lisieux as her model and a copy of Therese’s Act of Oblation to Merciful Love was found with her vows. From the start she was a very faithful Carmelite, always exacting with herself, known for her punctuality and generosity. Some years after her solemn Profession, for health reasons, she spent time in Darlington Carmel and soon transferred there. During her 24 years there her many gifts were used to the full. At various times she held the offices of Novice Mistress, 1st Councillor and Prioress.  her novices remember her with great affection.
Sr Patricia Mary transferred to Notting Hill in 1998 and it is hard to estimate the contribution she made to our community in the following twelve years. During two terms as 1st Councillor she greatly enriched and improved our liturgy, one of her great loves, together with scripture. Modest about her own gifts, she was always ready to affirm and encourage the gifts of others, while her lively humour and ready smile brightened our community celebrations. In June 2009 she was elected Prioress. She was never one to complain and she hated to make a fuss, but within a couple of months it was obvious that she was suffering serious symptoms of ill health. Medical investigations revealed nothing clearly wrong, but by the time we hosted the relics of St Therese on October 12th we were extremely worried. The following week she was admitted to hospital for further tests, and she telephoned herself to give us the diagnosis of pancreatic cancer. Although initially stunned for she had never suspected anything so gravely wrong, she was and remained matter of fact about it.
With great courage, Sister embarked on a lengthy course of combined radio and chemotherapy that offered the best chance of a brief remission. It was not to be. The treatment left her exhausted and she resigned from the office of Prioress, without ever having had the opportunity to do what she might have hoped in that position. By Lent of 2010 she had been admitted to the hospice next door to our monastery, for pain control. This proved impossible to achieve, however, to the distress of the doctors and nurses who were so impressed by her serenity and courage, her unfailing courtesy and flashes of good humour. When her Prioress had to explain to her that the treatment had failed and she was now in the final stage of her illness, her response was, “You’ve done a good work today”, and she began to prepare the liturgy for her funeral. She accepted in perfect peace that her life was drawing to a close and by Palm Sunday she was unconscious. The sisters shared with her family that last vigil around her hospice bed until she went gently to God just after midnight. A few days before, a friend had asked for some last words from her and she replied, “Never lose hope: always be grateful”. Never Lose Hope was chosen as the title of the DVD, available from this website, that gives a fuller outline of her life.

As we approach Advent this is the last post for the Holy Souls. We have been very touched by the kind comments. May all our dear departed sisters and the souls of the faithful departed, through the mercy of God, rest in peace.