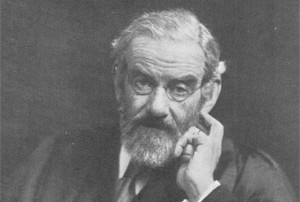 Posted at 20:22h in news by Notting Hill Carmel

Sr Thekla was the  born  in London on 11th March 1886, the youngest  of the three daughters  of Baron  Friedrich von Hugel and  Mary Herbert.  She was educated at home, though  would have  loved to  be  allowed to  go  to  boarding school!  The family  often spent periods  in  Rome, and  met many  distiguished   scholars and  prelates. friends  of her father.
She first  visited Carmel in 1906, when  M. Mary of Jesus was  preparing to  make her first  foundation  in  Liverpool, and she  gave Thekla the  option  of entering  Carmel whilst she was away, or  coming with  her  as an extern helper for a few  months in Liverpool.  She chose the  latter, and entered  Notting  Hill Carmel when  the  Prioress returned, October 1907. She received the  Habit in February 1908, and  made her  Profession in March 1909.  Very soon her clear mind and wide experience were  employed, when she was  made  Bursar  in 1914, whilst M. Mary of Jesus was at the  height  of her  work as foundress.  Sr Thekla  had to manage accounts for her  own  growing  community, and then, one after another,  help to find funds for  each new and usually struggling   foundation.  Their  principle assets  lay  in trust  in divine  Providence.  As a girl, two  tasks  that Thekla  particularly disliked, and which she   hoped to  avoid  by entering  Carmel, were letter writing, and  packing!  As Bursar during the  period  of the  Foundations, she was called  upon to  do  both of these  to  a  phenomenal degree!  After twenty  years  as Bursar, about  1934  she was elected  Subprioress, and worked  in close collaboration with M. Mary of Jesus, whom she had always loved and venerated. During the last  years  of M. Mary of Jesus’ long  life, Sr Thekla was her loyal supporter to the end.
In her old age, relieved  of  heavier responsibilities,  she would  insist  on working  hard at  whatever  humble tasks she could still manage, washing dishes, helping with  mending, dusting , and so on. The last  four and a half  years  of her  life  she was  confined to bed after a series  of strokes and heart attacks. After her long trial, God took her to Himself at 6.10 a.m on the Feast of All Saints.

Not having any image of Sr Thekla we thought we would include her dear Father.