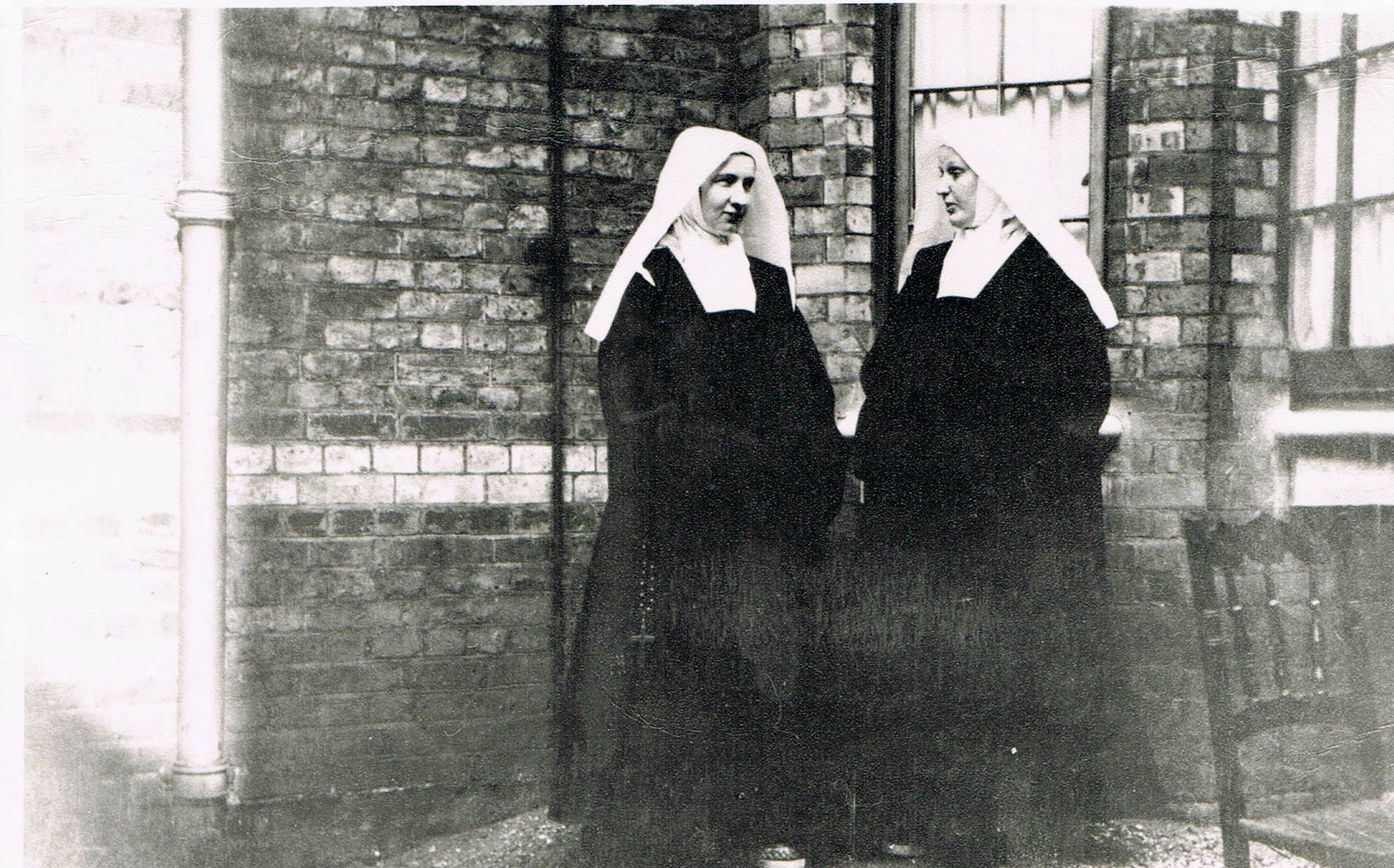 Posted at 20:44h in news by Notting Hill Carmel

In November 1927, The Prioress of Notting Hill, Mother Mary of Jesus, set out with eight companions to establish a new Carmel at Branksome Park near Bournemouth. The Community lived their faithful and hidden life of prayer for more than 60 years, but a time came when the dearth of fresh vocations, and the increasing age of several sisters obliged them to perceive God’s will for them in the painful decision to close, and for the remaining sisters to join other  Carmels. By that time, 16 former members had been laid to rest in their own cemetery, and when there was a question of selling the house and property they wished to make provision for these precious remains. Having observed all the Home Office regulations, they had the 16 bodies exhumed and cremated, and then placed reverently in urns with their names on, and brought in a large wooden casket to be re -buried in the cemetery at Notting Hill. This re -interment took place on a beautiful spring day, in 1993, following Mass and a moving liturgical celebration, led by the present living community. Among the 16 sisters laid to rest were seven of the original Founding sisters, who were thus returning Home to their first Carmel of formation. Four of these had served as Prioress in their turn at Bournemouth, and one of them, Mother Zoe of Jesus (Bewicke) had also helped with foundation work in other locations before ending her days at Bournemouth in 1974.

The photo shows Mother Zoe on the left of the picture, and Sr Anne of the Holy Spirit. Sr Anne died in Cambridge Carmel in 1973. She went to Manchester Carmel in 1920 and Cambridge in 1923 where she served as Prioress.